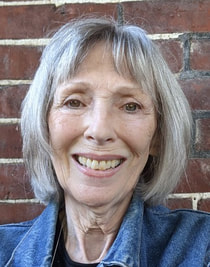 ​Jeanne has been involved with MTAP since its very first meetings back in 2011. She is a playwright, librettist, lyricist and songwriter, and recently added producer to the list, producing both MTAP's 2021 Abduction and 2022 Hot Metal Shorts. Her full-length plays Asparagus, Limoges, Medea at Athens, 12 Dogs, Waxworks, Atlas of Longing, and Get Out of Dodge have been produced or developed at theatres across the U.S., some tiny and unheated but also at the Oregon Shakespeare Festival and Bay Area Playwrights Festival. Get Out of Dodge was a winner of the AACT New Play Fest-2016 and was produced at the Venice Theater, Venice, FL, and subsequently published by Dramatic Publishing.

Her musical Dear Boy, with composer David Berlin, has had several public readings, including one of MTAP’s Incubator Readings. Her most current works include the full-length plays Left Luggage and Whiteface and the musical comedy Juiced!, for which she wrote book, music, and lyrics. Juiced! had an MTAP Incubator Reading in 2019 and continues in development. In progress is her new musical Flounder, a story of dark times in a watery world.

Jeanne worked with City Theatre’s Young Playwrights program as a dramaturg and frequent teaching artist since the program began in 1999 and in 2017 celebrated her 20th Young Playwrights Festival as a dramaturg helping middle and high school playwrights refine their work for production. The Pennsylvania Council on the Arts has awarded her seven individual artist fellowships in playwriting. She is a member of the Dramatists Guild and of the Playwrights Center in Minneapolis. You can explore some of her plays on the New Play Exchange at this LINK. 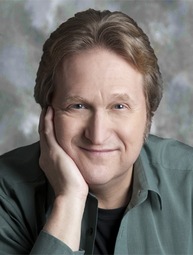 Steve Cuden, a native of Pittsburgh, PA, co-created, and co-wrote lyrics for, the acclaimed international stage hit, Jekyll & Hyde, The Musical that enjoyed a successful four year run at the Plymouth Theater on Broadway from 1997-2001, and a limited revival on Broadway at The Marquis Theatre in 2013. Steve also co-conceived the musical, Rudolf, Affaire Mayerling, with Frank Wildhorn, which has been produced on stages throughout Europe and Japan.  As a screenwriter, Steve is credited on nearly 90 teleplays for series including: "X-Men," "The Batman," "Goof Troop," "Bonkers," "Extreme Ghostbusters," "The Mask," "Godzilla," "Beetlejuice," "The Pink Panther," "RoboCop," and many others.  Steve directed and co-produced the indie cult hit horror-comedy feature, Lucky, which won the awards for Best Feature at The New York City Horror Film Festival, AKA Shriekfest in Los Angeles, and MicroCineFest in Baltimore.  For many years, Steve designed the lighting of numerous live stage productions, mainly in Los Angeles, working with a variety of outstanding directors, designers, and actors. He continues to write and create new work while also enjoying the privilege of teaching Screenwriting to the outstanding Cinema and Digital Arts students of Point Park University in Pittsburgh, PA.  Steve is the author of two popular books: Beating Broadway: How to Create Stories for Musicals That Get Standing Ovations, and Beating Hollywood: Tips for Creating Unforgettable Screenplays. Steve also produces and hosts the weekly podcast, StoryBeat: Storytellers on Storytelling, where he interviews artists of all kinds about their creative process. For more about Steve, please visit stevecuden.com, storybeat.net, beatingbroadway.com, and beatinghollywood.com.
Powered by